Got Beetles? It's That Time of Year!

Have the Japanese Beetles invaded your lawn yet? Get ready. They’re coming – just like they do every July!

Many of the adult beetles will be flying and laying eggs by late June and for most of the month of July. Therefore, eggs will be hatching over the next several weeks. Early to mid-August will be the time most likely for heavy grub activity. At this time the grubs will begin feeding on grass roots. While damaging symptoms may not appear right away, discolored patches of turf will appear in late August, September, and even into October.

The Japanese beetle has a 1-year life cycle. In mid-June to July adults emerge from the soil, lay eggs and the larvae hatches.

Eggs hatch in about two weeks. The young grubs, about the size of a grass seed, begin feeding on fine plant roots and organic matter. In late summer, most grubs will be in the upper 2 inches of soil.

The Japanese beetle is among the worst pests of turfgrass and woody landscape plants in the eastern United States. Their damage appears from late August to early October, after the grubs have eaten turf roots.

Typical signs of grub damage include “drought like” patches of wilted, dead, or dying turf visible during spring and fall. In addition to grass, the adult beetles attack ornamental plants, feeding on the upper leaf surface, leaving a lace-like skeleton of veins. Damaged leaves turn brown, die, and drop off.

As a rough guideline to determine the magnitude of grub problems in your area, monitor weather conditions during the last two weeks in June and the first few weeks in July. The critical factor is moisture levels. Egg survival is dependent on having enough moisture. When the young larvae hatch, they are dependent upon moisture for survival. If the weather is wet or moist during this period, you can expect a potential grub problem in late summer and fall. Hot dry weather during late June and early July will usually dehydrate many of the eggs causing a lower grub population that year. 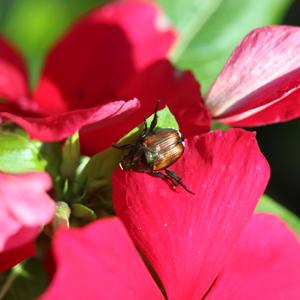 Milky Spore is a naturally occurring beneficial bacteria that begins working upon application wherever grubs are feeding. It is 100% organic and OMRI (Organic Materials Review Institute) listed. It is approved and registered with the EPA, and it is acknowledged by the USDA as a safe, long-term control of Japanese Beetle Grubs. It is not harmful to beneficial insects, birds, bees, pets, or humans and will not affect wells, ponds or streams.

The time to act is NOW! It would be significantly more beneficial to apply this product prior to the activity, rather than later. However, it is equally important to understand that this product may be applied at any time as long as the ground is not frozen. 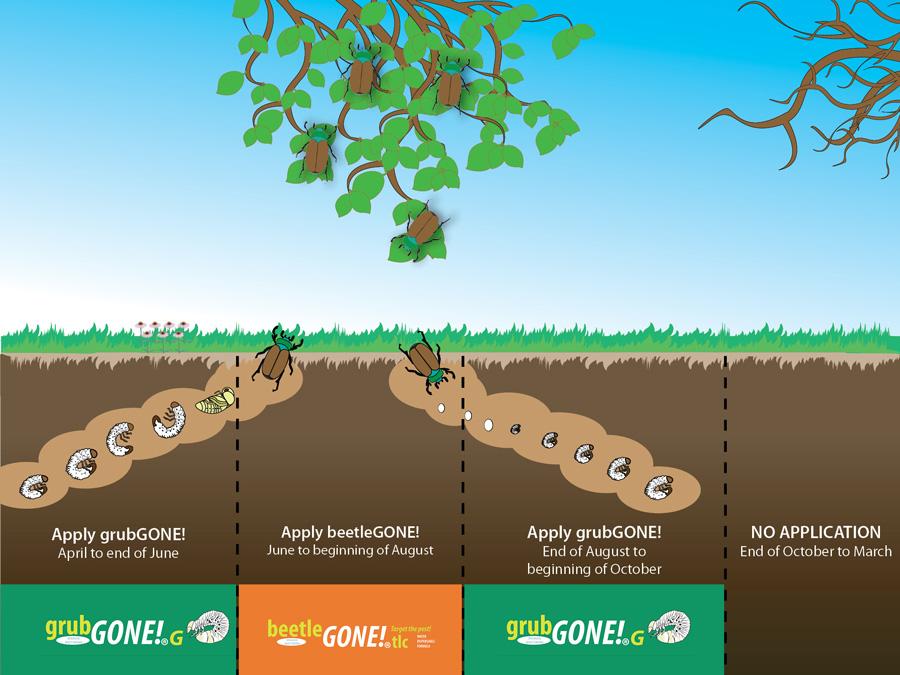